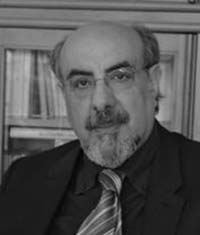 After graduating from classical baccalaureate (CL 1977), he completed his musical studies obtaining the Diplomas of Instrumentation for Band (1978) and of Choral Music and Choir Direction (1980) at the Conservatory of Music “V. Bellini” of Palermo and of Conducting (1988) at the Conservatory of Music “Casella” in L’Aquila.
He has perfected himself with illustrious Masters including Adone Zecchi for Choral Direction, Franco Ferrara, Zoltan Pésko and Nicola Samale for conducting, Eliodoro Sollima for composition, analysis and musical interpretation.
Since 1978 he has been teaching at the Istituto Superiore di Studi Musicali Musicale “V. Bellini” in Caltanissetta, already a holder of the chair of Theory and Solfeggio currently holding the chair of Orchestral Exercises.
He served as Deputy Director from 1985 to 2003 at the same Institute;
following election by the College of Professors, he was appointed as Director of the Institute, by Decrees of the Minister of Education University and Research, for the three years 2005/08 and 2008/11
He was an adjunct professor from a. a. 2001/02 to 2005/06 to teach Methodology of Musical Education at the L.U.M.S.A (Free University Maria SS. Assunta) decentralised headquarters in Caltanissetta.
On behalf of the Provveditorato agli Studi of Agrigento and Enna, he held refresher courses for teachers of the Primary School on the teaching of Musical Education. He was also a teacher in the Music Teaching Courses organised by M. P. I. by art. 44 Law 270/82.
He has an intense activity as Choir Director (Director of the polyphonic choir “Diapason” of Caltanissetta) and conductor.
Con Decreto del Ministro dei Beni e delle attività culturali e del turismo del 23 Luglio 2014, è stato nominato, per il quadriennio 2014/2017, componente della Commissione consultiva – Musica, operante presso la Direzione Generale Spettacolo dal Vivo del MiBACT – Roma.
By Decree of the Minister of Cultural Heritage and Activities and Tourism of July 23 2014, he was appointed, for the four-year term 2014/2017, a member of the Advisory Commission – Music, operating in the Directorate General for Live Entertainment of MiBACT – Rome.
By Decree of the Minister of Education University and Research n. 778 of October 6 2014, he is included in the list of experts that assign the positions of members on the Boards of Directors of the institutions of high artistic, musical and choreutical education.
By Decree of the President of the Republic of June 2 2014, published in G.U.R.I. – general series n. 204 of September 3, 2014, the Knight’s Honor of the Order of Merit of the Italian Republic (O.M.R.I. is awarded.
In October 2016, he was elected a member of the Board of Directors of the Music Conservatories.