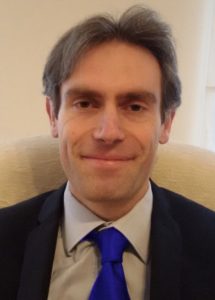 Massimo Primignani (Bari, 1978)  graduated in piano in 2003 at the “N. Piccinni” Music Conservatory of Bari, with full score cum laude, in the class of M° Cinzia Falco. He got a further piano specialisation following the international piano interpretation courses of the Maestri Konstantin Bogino (2002), and Aquiles Delle Vigne (2003). Along with piano, he also studied composition, at the same Conservatory, with the Maestri Ottavio De Lillo, Giambattista Luca and Biagio Putignano, getting the lower diploma  in 2005  . In 2006 Massimo attended  a masterclass on conducting held by the M° Ovidiu Balan with the Bacau Philharmonic Orchestra and in 2007 he kept on studying conducting at the first-level course of Maestro Giovanni Pelliccia at the “E.Duni” Music Conservatory of Matera.
He played concerts as a solo pianist, accompanist and orchestra conductor at the Teatro Comunale “Garibaldi” in Bisceglie (2006), the Musical Association “D.Sarro” in Trani (2003, 2000),  “S. Giuseppe” auditorium of Molfetta (2003), the “S.Giacomo” auditorium of Bari (2002), the Sanctuary of the Blessed Giacomo of Bitetto (2002), the Musical Association “Ars” of Adelfia (2002) , the “A.Zuccaro” Music Studies Center of Grumo Appula (2002), the “Socrate” State High School in Bari (1995, 1996, 1997).
Alongside his concert activity, he got a Master’s Degree in Musicology  in 2007 with full score cum laude and publication of the thesis on Franz Schubert’s Fierrabras , under the guidance of Professor Giovanni Carli Ballola, at the University of Salento in Lecce. In 2016 he completed his PhD in History, Science and Techniques of Music (with a thesis on Franz Liszt’s Weihnachtsbaum), under the guidance of Professor Agostino Ziino, at the University of “Tor Vergata” in Rome.
He wrote numerous publications for several Italian publishers  and music magazines, including L’Epos (Fryderyk Chopin, 2011), Nuova Rivista Musicale Italiana (Qu’un vol de papillon sans se poser traverse. Alcune osservazioni sui Canti di Fryderyk Chopin , 2010), Rassegna musicale Curci  (Suggestioni extra-musicali nel Fierrabras di Franz Schubert, 2013), Musicalmente (Concerti per pianoforte: Beethoven in sintesi, 2009), Musicaaa! (L’Adelchi di Manzoni e il Fierrabras di Schubert, ossia le affinità elettive; L’idea del destino nel Fierrabras di Franz Schubert; Notizia intorno a un Concerto. Del Concerto Italiano di J.S.Bach), Music-on-tnt. From 2009 to 2013 he collaborated with the magazine Archi Magazine as editor and reviewer (i.e. interview with the La Scala String Quartet, interview with the Cremona Quartet, disco-videographic and live reviews, etc.). In 2012 he edited the drafts of the volume Schubert. Musica e lirica, by Thrasybulos Georgiades (Astrolabio-Ubaldini). In 2006 he received a report of merit at the XII edition of the International Music Tournament under the “Music criticism” category (for the review: Concerts for piano by Ludwig van Beethoven).
He composed incidental music for the 1998-1999 season of the “Teatro Popolare di Bari” (directed by Rocco Servodio), and, in 2001, the soundtrack for the movie La quiete by Giuseppe Sansonna and Domenico de Orsi, winner in 2003 of “Dams” award from Bologna. In 2013 he composed the school hymn of the I.C.S. “Don Lorenzo Milani” of Bari.He was a member of the jury in three successive editions (2004, 2005, 2006) of the National Music Competition “Giovanissimi talenti” of Trani. In 2007 he was invited by the Cultural Association “Il Leggìo” of Bari to give a lecture on Schubert’s Fierrabras.
In 2010 he was appointed director of the musical archive of the Foundation Petruzzelli and Teatri di Bari.
In 2015 he qualified to teach music (ex DM249 / 2010) in the Italian Institutes of Secondary Education of  I and II degree after passing the State exam with the vote 99/100, and a thesis on the relationship between music and cinema in didactic field, at the Conservatory “N. Piccinni” of Bari (internship carried out at ICS “Imbriani-Balilla” of Bari).He taught  music in various educational institutes, both state-owned and drew (SMS “Vittorio Emanuele III-Dante Alighieri” of Andria, 2016; II “A.Moro” Educational Circle of Modugno, 2014; ICS “Don Milani” of Bari, 2013; SMS “T.Fiore” of Altamura, 2010; “Regina Margherita” of Bari, 2004-2005, etc.). From 2004 to 2008 he also collaborated with the Musical Association “D.Sarro” of Trani as a piano teacher.
He is currently Professor of History and Aesthetics of Music, History of Jazz and Methodology of Historical-Musical Research at the I.S.S.M. “Vincenzo Bellini” in Caltanissetta.