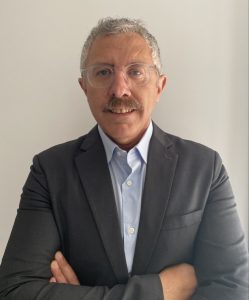 He began studying the cello under the guidance of Maestro Luigi Fratti, later continuing with other teachers including Maestro Giovanni Perriera, and obtained a diploma in cello at the ” Vincenzo Bellini ” Musical Institute in Caltanissetta.
He studied with illustrious masters including: A. Baldovino, G. Caramia, G. Prencipe, C. Pozzi.
Winner of several auditions, he collaborated with the orchestra of the Olympic Theater of Vincenza. Subsequently with the Teatro Massimo in Palermo, the Sicilian Symphony Orchestra, and, as first solo cello, with the Aurora Opera House in Gozo in Malta and with the Teatro di Tradizione “Luglio Musicale Trapanese”.
At a young age he was selected as a full member by the Sicilian Youth Orchestra (Ars Nova Palermo) and by the Italian Youth Orchestra (Fiesole Music School).
He has performed with various ensembles and chamber orchestras as shoulder and soloist, including: Kandinskij Chamber Orchestra, Nuova Accademia Musices and Sicilian Music Association “Progetto Musica”, playing in various Italian and foreign cities (Palermo, Catania, Enna , Perugia, Vinci, Brescia, Cremona, Strasbourg). He played in trio and quartet with the Masters Pavel Vernikov, Georg Mönch, Augusto Vismara.
He recorded with the Kandisnkij Chamber Orchestra, the “Two Inventions” of the famous composer Bruno Bettinelli as first cello.
He is the winner of the competition and holder of the chair of Ensemble Music for Strings and Chamber Music (I level academic triennium and II level two year period) at the “Vincenzo Bellini ” Music Institute of Caltanissetta since 1997. In the same institution he held the position of member of the Board of Directors from 2000 to 2003 and managed the transaction for the granting of autonomy to the Institute itself (Technical-Scientific Committee). He was a member of the Academic Council from 2015 to 2021, promoting the birth of the concert season of the Nisseno ISSM and the “Pietrarossa Bellini Music Festival” of Caltanissetta. Since 2017 and until today he is the Artistic Director of the “Amici del ‘700 Napoletano” Association. The latter has been able to boast of artistic collaborations with the Lyric-Symphonic Foundation of the San Carlo Theater in Naples, with the review “Ravello Spring Concerts 2018 ”and the“ Domus Memini ”Cultural Association