The Higher Institute of Musical Studies “V. Bellini”, defined by the reform process (Law n.508/1999), is one of the AFAM institutions at the university level, and it awards “Three-year and biennial Academic Diplomas of the First and Second Levels“.

The Institute has six departments: 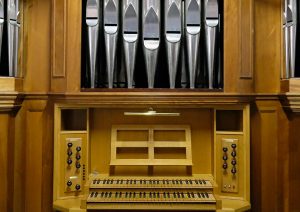 To meet the increasingly pressing demands of musical culture coming from the different local realities during the early 1970s, the Provincial Administration of Caltanissetta decides to start a cultural path by establishing a Musical Institute, named after the Sicilian musician “V. Bellini”, activating 5 Schools (Violin, Cello, Piano, Flute, Singing and Guitar) and the related Complementary Courses; and after the first few years it is converted into a conservatory according to D.P.R. n 639 of the 19/10/1979

And so, the “Vincenzo Bellini” Musical Institute begins a process that is continually growing. During the 1980s, new schools were established which regularly obtain the conversion. With Law 508/99 of the Reform of Italian Musical Education, the Institute begins a gradual transformation process, fully compliant with all the ministerial standards.

“Vincenzo Bellini” Musical Institute is entirely part of the AFAM (High Artistic Musical Training) Institution of the Ministry of University and Research. It represents a benchmark institution for academic musical education within the territory.

To provide an adequate theoretical and practical preparation to access the Preparatory Courses established with D.M. 382 of 11.05.2018. , the “V. Bellini” institute of Caltanissetta organizes non-curricular but recurrent and permanent study courses within the framework of its statutory autonomy, called Music Training Courses (duration 5 years)

The artistic and musical production activity flows into projects called.

The Institute has both a Chamber Orchestra and a Wind Orchestra, along with numerous chamber groups.